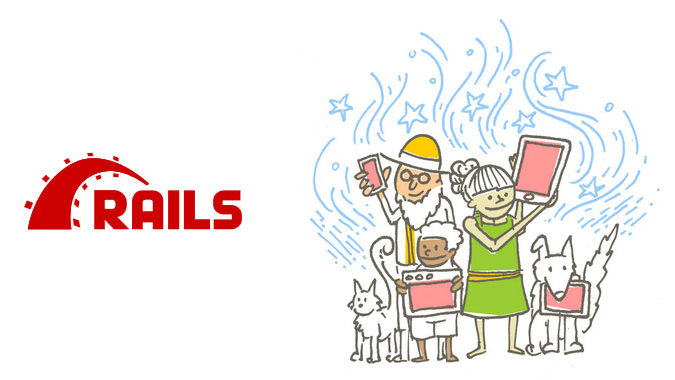 You can now install both Ruby 2.6 and DevKit together from rubyinstaller website. But if you only need ruby to be installed on your windows system, just download any ruby 2.x version from Ruby without DevKit download section.

If you wish to install Ruby on Rails on Windows then you’ll require DevKit, which helps C-extensions compile immediately. Previously DevKit was downloaded and installed separately on Windows systems. Now, both ruby and DevKit can be installed together with just one click from rubyinstaller website.

To install Ruby on Rails, you need to install ruby with DevKit. Once your ruby is installed, check the ruby version with following command.

Install NodeJS and Yarn for Ruby on Rails

You’ll require Nodejs and Yarn to be installed before your start installing Rails 6.

To install NodeJS, simply visit nodejs.org and download the latest or the stable version of Node and install it. With Node installation, you get nodejs, npm, and npx but yarn needs to be installed once you have nodejs installed on your system.

To install Ruby on Rails 6 without document. I do not prefer installing docs just because it takes time and space on the system.

It takes time. I know. After Rails is installed. Just create a demo app to test if Rails Development environment is set up properly.

There is possibility that you’ll get errors, to fix errors scroll down. I have listed few common errors with solutions.

Watch me install Ruby on Rails on Windows

One of the above must work with your setup, then

RAILS_ENV=development environment is not defined

Simply run the following command, make sure you have already installed nodejs and yarn

Now go ahead and run bundle install and rails server

No connection pool with ‘primary’ found.

Replace the following line in Gemfile